SMODE Designer is the end-to-end toolchain for live professionals.

It integrates seamlessly content creation, stage simulation, and playback, achieving real-time performance at every step of the process.

Unleash your creativity and watch it unfold live on stage: don’t let rendering times get in the way of the perfect show.

SMODE designer runs with watermarked inputs and outputs by default. Once you have your SMODE designer license, you can remove those watermarks through using I/O channels unlocks.

Important: SMODE Designer is locked by a Wibu CodeMeter dongle. You might already own one, for instance if you already use Notch, Touch Designer, or a similar tool.

SMODE runs on Microsoft 64 bits operating systems.
Supported version is Windows 10. ( Windows 11 is not supported )
A minimum of 1 Gb of system disk space is available.
A modern 64 bit CPU is recommended with at least 16 Gb memory: A modern graphics card is needed with at least 8 Gb of memory. GPU needs to support at least OpenGL 4 and DirectX 11: Intel, Matrox or other GPU are not yet supported. You need to ensure that your operating system and your graphics card drivers are up to date. A fast SSD drive is recommended for high performance video streaming.

How is Smode Designer license stored? 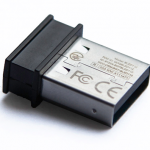